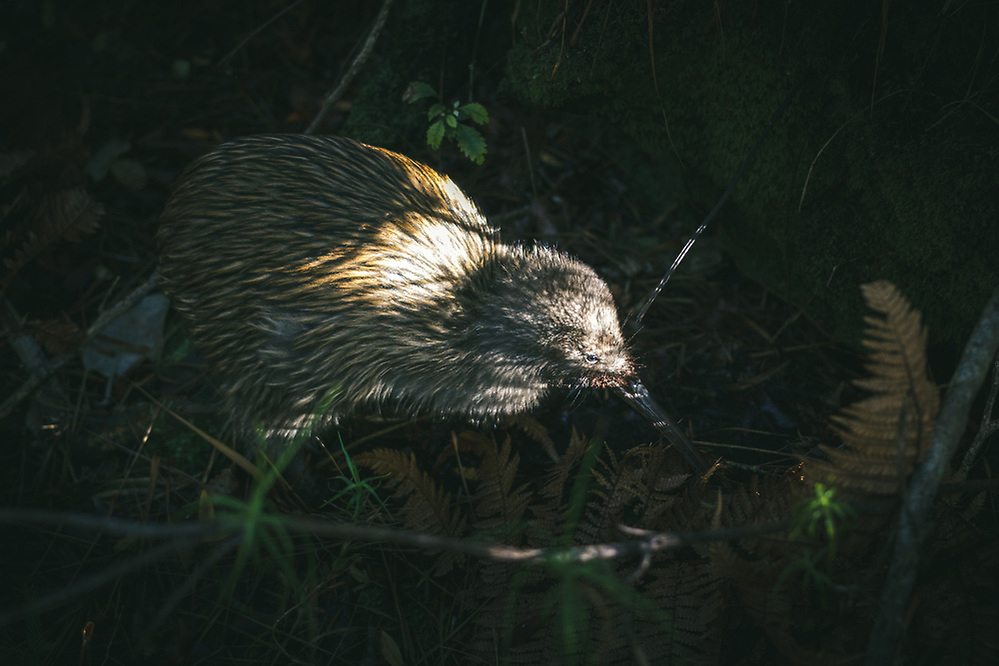 I froze the movement, because of some tiny light speck of blinking eye… And yeah, there it was – a kiwi bird. Not too far away. Probably i accidentally could have stepped on it. Yet now I sent a giant load of thoughts and words to Murphy’s law… Because camera was somewhere in the backpack…

The tricky part was taking off the pack and finding camera while struggling to be quiet… And not to wrench an ankle or backbone, or something. Then back to painstakingly slow movement and framing of the bird… The first double click, and there it runs and bumps away… A very strange movements for animal, but sure i do believe about those powerful legs that can fend of cat. Seems very legit!

So in Stewart island i met nine kiwis altogether and saw heaps of kiwi footprints and probe marks in soil… They are there around. But for getting a photo thats more than just luck. It would take some time and sticking around the place for a while!